Hi, I’m Faye and there’s something you need to know about me…

I love talking. And for that matter, listening too.

I think I’ve always loved talking, in fact- to this day I can’t believe I actually get paid to talk for a living (although there is a little bit more to it, than just that!). As a child, I can remember my mum telling me I’d ‘read that with good expression’, before I even knew what expression meant! I just loved bringing the words to life on the page. 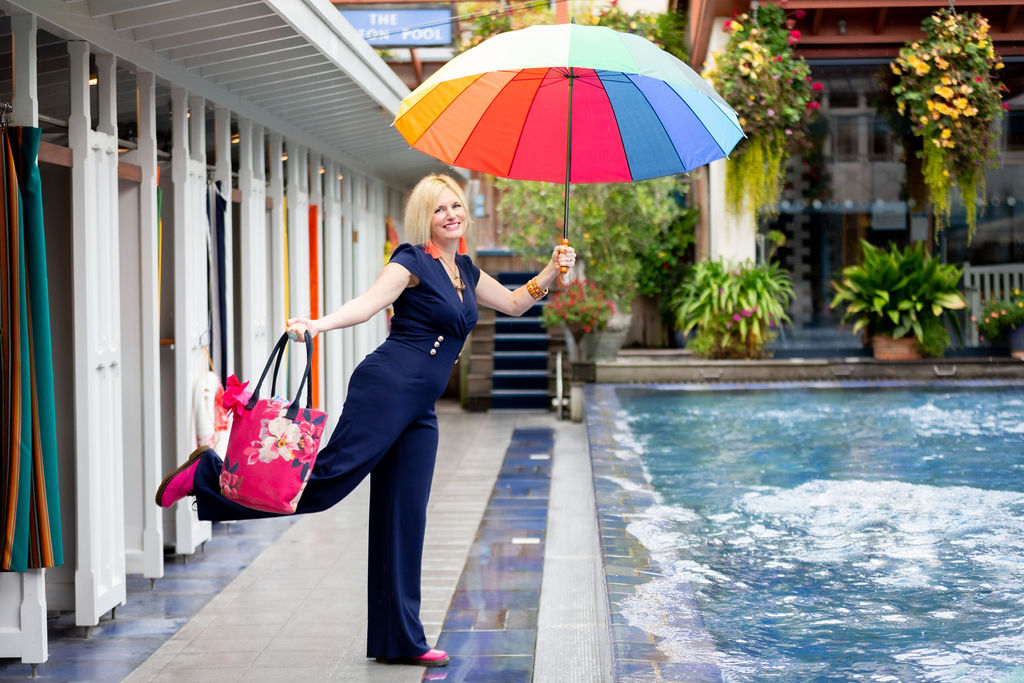 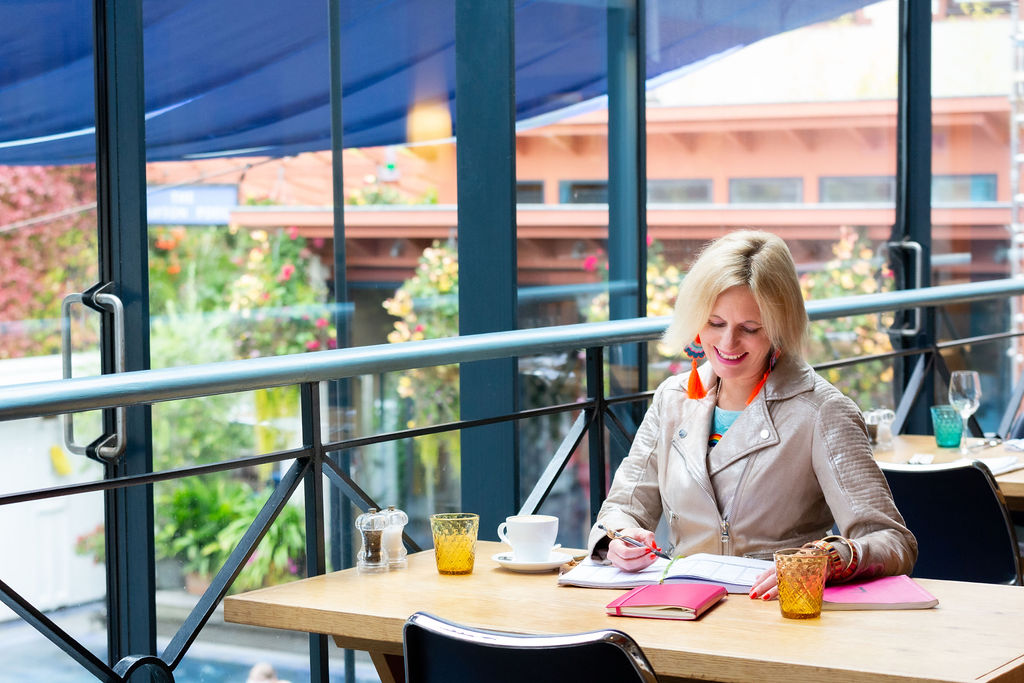 In fact, at age 14 years, I joined HTV Drama Workshop and obtained my Equity Card with a speaking part in the BBC series Casualty, aged 16 years.

I loved acting and before I was 18 had already featured in television Docu-ramas, been a junior reporter on Radio 4 Education Matters, plus, had several walk-on roles.

It was excellent training and brilliant to be in a professional environment from a young age. It stood me in good stead, before heading to Dartington College of Arts to study a degree in Theatre.

I spent some time after graduating working in television production on the Channel 4 programme Collectors’ Lot and The Chelsea Flower show. My heart lay in presenting, but it was an excellent opportunity to learn the ropes both sides of the microphone and camera.

I love the Lido in Bristol, it’s been my haven for a decade now. There is nothing like swimming outside in cool water, to put my head in the right place.

I joined The Lido when I was presenting earlies at Radio Bristol as a ‘gift’ to myself for doing 4am starts. It’s been over a decade now of doing ‘the Lido download’ (swimming and talking) with some good friends. Gosh- that pool could hold some stories!

Since leaving Radio Bristol, I started Freelance Mum, a child-friendly networking group for mums in business. Born of my own need for juggling motherhood around business. It started as a podcast, to build a community, then became face-to-face networking. It’s practically my third baby and a joy to weave in around voiceover work.

The networking took off, the lido-ing continued and the Freelance Ambassador of the year award was won!

Something else you need to know about me

I love organising and I love bringing people together.

Which is why I love event hosting. In fact I’m in my element. With years working in theatre and presenting on air, I thrive in a live environment where you have to roll with whatever is happening.

There’s a real joy in bringing the event to life! It’s the bit that can often be over looked – and the role of MC can often be left to the poor frazzled event organiser! From hosting wedding fairs, to The National Poetry Awards, I love taking to the stage and being the magic that glues it all together.

I’m one of those people who excels in looking serene, when it’s all going a bit bonkers behind the scenes. 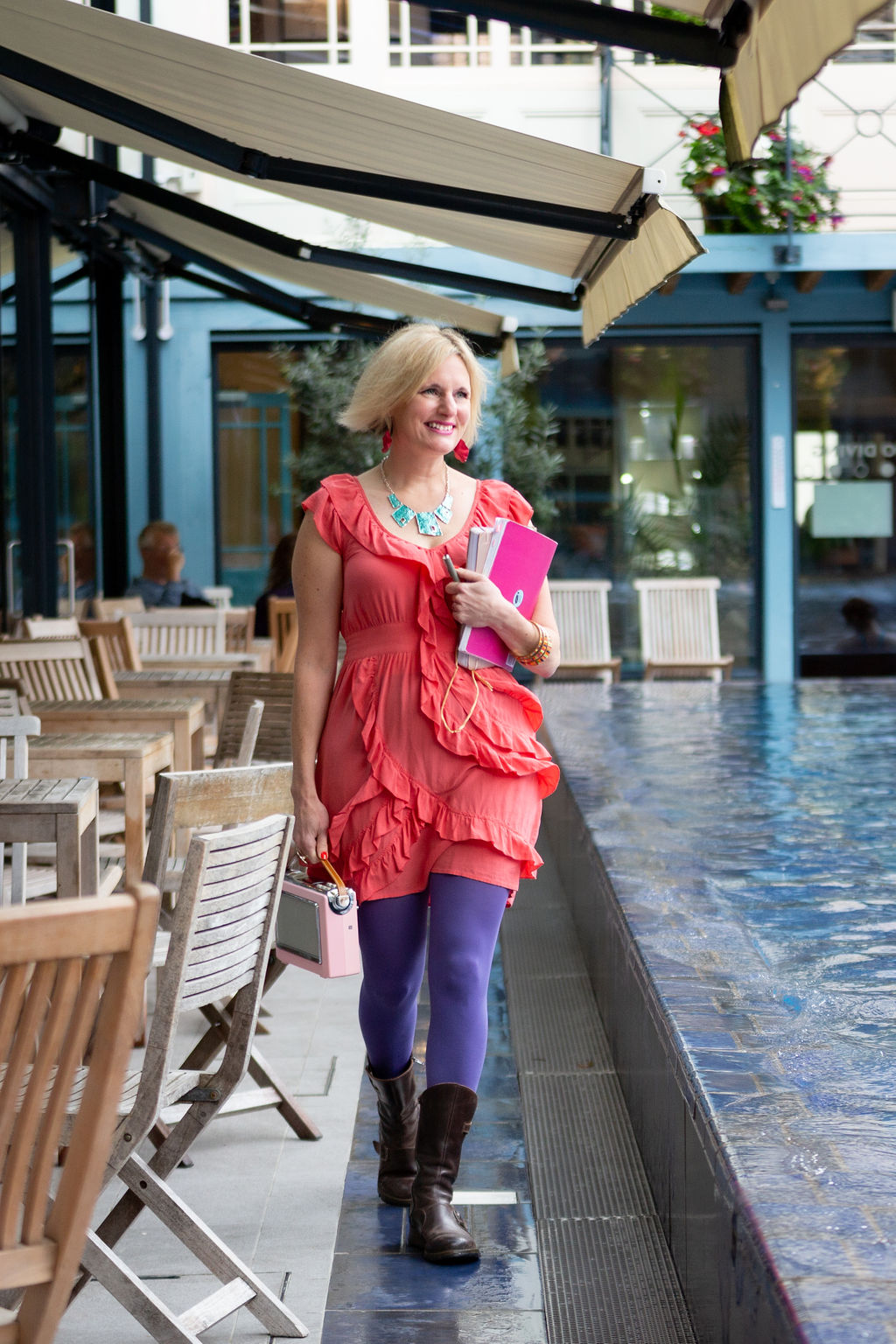 I think I probably did, which is why I love it when I’m asked to do public speaking.

I speak from experience about what I do for a living and how I can help the next generation. As a freelancer who has worked in the media industry since I was a child, there’s a lot to me that is second nature and was hard graft at the time.

Since becoming a mum, I feel even more passionately about sharing some of the pearls I’ve learnt along the way. And I must be doing something right, as I’m chuffed to bits to be recognised as one of the 100 most influential women in the west in both 2018 and 2019.

In between all that, I can be found cycling the girls to school on my cargo bike, putting the world to rights in the Lido or on a slightly bonkers adventure.

So, if you fancy a getting in touch and would like to work together, I think you probably know, I’m always happy to natter.